Carsten Ziegler On BRF+ And Much More In one of my previous projects, I was responsible for implementing BRF+ for a proof of concept. It was something new to learn, and I was excited about it. But the timelines were not very favorable. To scale up quickly, I looked into literature available in SDN and elsewhere, and one name kept on popping up – Carsten Ziegler. He was omnipresent on the SDN forum and was a co-author on a definitive book on the technology. Carsten is Chief Development Architect at SAP and was an integral part of the team which created BRF+. Recently, I was fortunate enough to interview him, and he was kind enough to share his experience and insights. 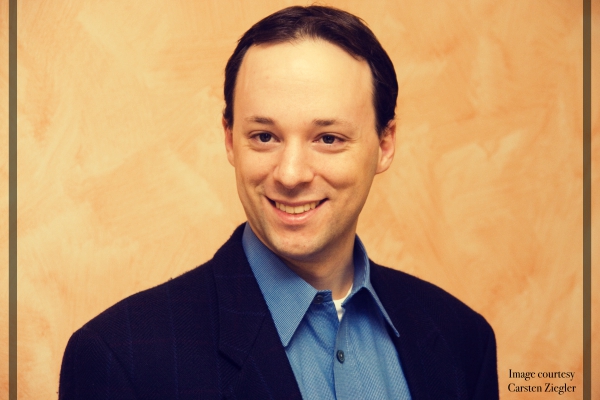 01: Many developers in ABAP Community is aware of your name by virtue of your extraordinary presence in the SDN Community, especially BRF+ related queries. So far, how do you think BRMS (Business Rule Management Systems) is going to impact different domains SAP has the presence?

CZ: I think Rules are equally important in every business domain. My experience does not show any specific hotspot. It is more of a question of corporate culture. Whether they want always code everything or express business as concepts more accessible for less technical people. That’s one driver. The other one is flexibility; how quickly do you want to change logic and how complex is the change process. Moreover, some companies have a demand for quick changes in business logic, and they want to avoid complex technical change process.

In the On-Premise world, it is a question of the agility and flexibility of the business. In Cloud, customizations for business logic are not allowed as known from OP, and hence either company has to build a service and call by HTTP remotely or use Rules to run locally. So, Cloud is a significant driver for Business Rules. Example, in S/4 Hana cloud, the backend is sort-of hidden from the developer, and there is minimal customization allowed; instead of allowing customer change code, Rules are used.

We are also developing a new version of BRF+ optimized for the cloud. BRF+ is like a second generation Rules framework, and we are building a new version that is not only optimized for the ABAP stack but also for the cloud, it is also simpler to use for the non-technical consultants. BRF+ still requires some technical knowledge for application. The newer version will eliminate almost all of that need.

02: In different domains, analysts and developers use different means (e.g., custom code in enhancements) to address scenarios BRF+ addresses with ease. Can you shed some light on the technological changes that prompted the evolution of BRF+?

CZ: Driver for BRF+ was a demand to express logic without writing code. Before BRF+ there were some 10+ tools like Formula Builder, BRF, VSR and each of those tools had limitations. When we looked at how can we satisfy the demand to express logic without writing code, I started looking at the available tools and their features and came up with a design for BRF+ combining all the useful features.

When we looked at the first ideas for Business ByDesign, a team was formed and some of the managers asked me to look into Business Rules aspect as Business ByDesign would need some Business Rules technology to make the expression of logic simpler. I looked into the topic and told the managers that I will take this topic and develop an approach for it. I looked at the existing tools and talked to the developers of those tools. Then I worked out a strategy that was two-fold – on the one hand, I created an architecture for the proof of concept and on the other hand gathered information from the developers of existing tools. Some of those developers later become part of my team. We used their knowledge so that we could avoid to reinvent the wheel.

After initial success with internal teams which used BRF+, I went out to customers and asked if they can become pilot for this tool. Later we got more and more customers, and it was somewhat difficult to keep up with the demand for presentations and POCs. By then we had two development teams – one in Germany and one in India. We then expanded with a team of consultants and that’s how we started to expand the presence.

03: As a consultant, I see that clients who are not very tech-savvy are usually averse to change. What is one feature of BRF+ that outweighs every other consideration for a mid-size company?

CZ: The pitch is always the same. You have two options. Either use code which is not understood by functional people and which is hard to change and often the developer’s implementation is not clear. Or you can implement business logic using Rules. In case of Rules, functional consultants can understand the logic behind the rules such as in form of decision tables. They can give feedback with greater accuracy – whether the Rules match the expectations, what is wrong and what might need a change. Also, it allows one to change the Rules quickly, without a development project. Sometimes, these changes can be done many times in a day without the coding effort.

04: New technological advancements like Cloud Computing and IoT are readily adopted by many companies, especially in the area of Retail. Business Rule Management Systems are compliant with these emerging technologies. How are these advancements impact the trade in coming days? Moreover, in which areas technical consultants like me can focus and scale up their skill sets to advance their career.

CZ: In the context of trade, I believe all customers by default would use cloud solutions. Where they have On-Premise solutions, they would migrate to cloud solutions in the next ten years. Some customers do not see it yet, but the advantage of the cloud approach is so huge – in terms of cost saving, quality, resilience, flexibility, scalability. So, those customers would sooner or later migrate. I have spoken to customers who were averse to this idea, but they are now cloud-first customers. The cost advantage will force every customer to make that change.

Cloud has a different set of tools and functionality that the technical consultants would have to learn and I have seen lots of consultants struck in this situation. I think it is very important to advance the skill set. Also, there are two approaches to develop cloud applications – either develop your own containers or use a service like AWS. SAP is also developing something on that line as part of SAP Cloud Platform. Kubernetes is another area developers can start focusing on.

05: On your website (http://carsten-ziegler.com), you highlighted your role in the acquisition of Hyderabad-based Business Rules Management Systems firm YASU Technologies. Can you shed some light on the technical and business considerations made while acquiring an emerging company?

CZ: During development of BRF+ we came across YASU Technologies. BRF+ was optimized for ABAP stack, and we concluded that we need something in the Java Stack. BRF+ being optimized for ABAP was not a perfect tool to be used for Java applications. So, we had a gap on the Java side. I started analyzing our competitors, especially smaller companies which provided Business Rules technology. Then I worked out a shortlist of companies and a checklist of what do we gain. We discussed this with management and pursued this acquisition of YASU which was my preferred target. The acquisition cost was not very high, they had a Java solution and met our requirements from the features perspective. So after visiting them and looking at their code, we concluded that YASU is a right choice for acquisition.