Voyager, in case it’s ever encountered by extra-terrestrials, is carrying photos of life on Earth, greetings in 55 languages and a collection of music from Gregorian chants to Chuck Berry. Including “Dark Was The Night, Cold Was The Ground” by ’20s bluesman Blind Willie Johnson, whose stepmother blinded him when he was seven by throwing lye in is his eyes after his father had beat her for being with another man. He died, penniless, of pneumonia after sleeping bundled in wet newspapers in the ruins of his house that burned down. But his music just left the solar system.

~ quote from The West Wing – The Warfare of Genghis Khan

I have never heard anything as inspiring as this. A man dies in pain and misery but his craft, years after he is long dead, takes a monumental leap for a journey unprecedented to touch the face of God.

This scene from The West Wing, watched repeatedly on youtube and Netflix, creates a moment of intense emotions. Coding Blues sprouted from one such moment and as I embark on this new journey, I wish to have your company. 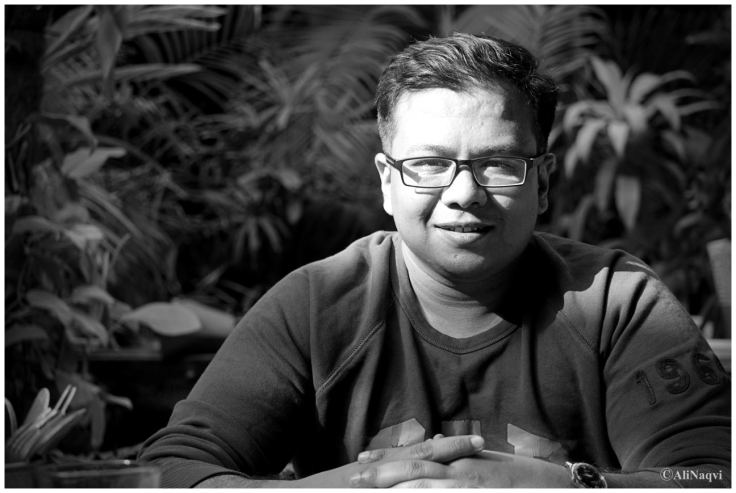 Born in ’85, Allahabad, India, in a Bengali family. Allahabad has been a political and cultural center for centuries and some of it definitely rubbed on me. I read a lot. A write a little bit. I take comfort in reading and listening to stories. They unwind me.

I grew up admiring Saki and O. Henry. I loved Chekhov, Jane Austen, and Charles Dickens. But I don’t remember anything as enigmatic as Kafka. The Trial remains the most complicated piece of art. Profound, indeed. I love cinema. The body of works by Scorsese, Stanley Kubrick, Guru Dutt, Shyam Benegal are there at the top but my personal favorite is Stanley Kramer. Favorite movies changes with mood but ‘To Kill A Mockingbird’ is a to-go movie. And I speak West Wing pretty well.

I work for Deloitte Consulting and am currently based in Bengaluru, Karnataka, India. I started as the guy who reported job failures in the system and ruined peaceful Fridays of everyone in the team spread across three continents. Then I started fixing those problems as an ABAP Developer. Thanks to my patient seniors and SDN, I survived.

I am a certified SAP Development Associate – ABAP with NW 7.4 and SD 6.0. I worked for companies who help sportsmen move quick, make holidays merrier, move cargo, and create awesome gaming electronics. Interestingly, they all are among the largest players in their game. I have worked on Object-Oriented and Procedural Programming, Idocs, Gateway Services, Business Rules Framework and Event-based Programming. Development is usually fun.

There will be more… less on this page, more through my posts.

PS: My resume can be found here.